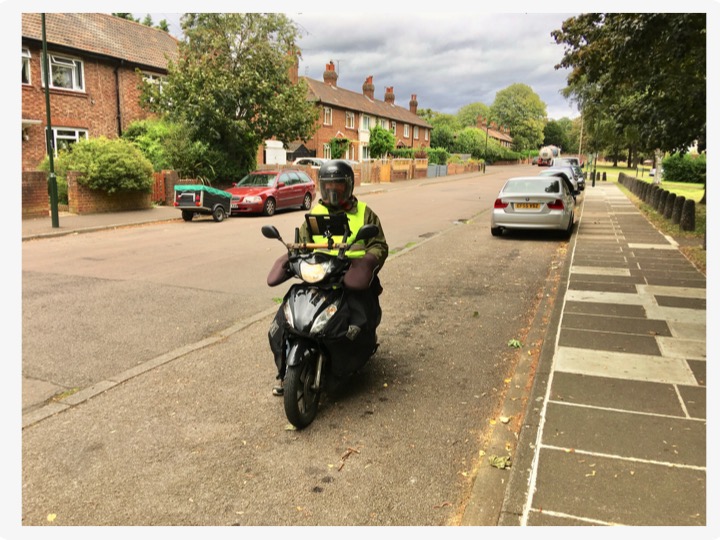 Knowledge Companion has been a long time coming - you could almost say it started 140 years ago.  Now it's here, with one simple objective - helping people get through The Knowledge in a way that fits with how they live and work in the 21st Century.  Knowledge Companion is also a wholly-owned part of a Community Interest Company dedicated to improving road safety, called Viovia. More about that below.

My name is Andy Pearce and I am a fourth generation Green Badge cabbie - a line that started with my great-grandad getting a badge in 1880.  It's a family affair - there has been someone in my family earning a living in a black cab ever since then, including both my mum and my dad.  I grew up surrounded by cabs, cabbies, street names, and a clear idea that The Knowledge wasn't easy!  In 1980, I got my yellow Badge at the age of 22, and started on my Green.  Then I met my wife, who just happens to come from New Zealand, and we spent the next 35 years living and working around the world. 1n 2015 we came back to London and I decided to finish the Green. Or rather, start again from the beginning!  It immediately became obvious that this was going to be a lot more difficult than in 1981.  London has got wealthier, and people are using black cabs all over the six mile area in a way that just didn't happen in 1980. The level of detail needed on streets has gone up enormously, and the number of Points has rocketed. That's where the idea of Knowledge Companion was born. I was happy to drive around London visiting Points and doing runs, but I didn't want to have to keep going back because I'd forgotten what I did last month, or kept awful notes, or hadn't noticed the Point that was being asked this week.  So I started taking photographs of Points and videos of Runs and getting help from my family to take more videos and organise everything properly using computers.   It worked.  By the time I passed out we had nearly 80,000 photographs of 16,000 points and around 2500 videos of runs, spins, mini-runs and others.  That information is now at the heart of the Knowledge Companion website, and we keep it up to date as London changes. It's available for you to use and personalise as you go through The Knowledge.

Viovia is a very small UK based Community Interest Company (CIC) dedicated to improving road safety around the world. Community Interest Company's work  in almost all respects like ordinary Limited Companies, but have one really key difference. Limited Companies distribute their profits to the Directors and Shareholders in the Company.  Community Interest Company's are required (by law) to invest their profits in the "Community Interest".  In the case of Viovia, the "Interest" is of reducing road crashes around the world. Why?  Two main reasons.  First, road crashes are a really serious and rather neglected crisis.  3000 people are killed every single day on the world's roads.  The cost of crashes are a staggering 3% of global domestic product - meaning that 3p of every single £ you earn is going to fill in the costs of unnecessary crashes. It is an astonishing waste of our scarce resources.  The second reason is that I spent a good part of my international career working to understand and improve the way people live and interact with our roads.  I worked in industry and in the third sector with the Red Cross.  I reached a conclusion that a businesslike approach needed to be taken to win back this enormous wasted resource and to benefit society while doing it.  Viovia was started in 2014, and a lot of the work so far has been in building up a base business to create a sustainable income for the company to work with.  Knowledge Companion is a part of that, and everyone using Knowledge Companion is contributing towards helping that bigger objective of reducing death and injury on the roads.

We use Google analytics to enable us to see which parts of our site are most and least attractive. Click for more information.